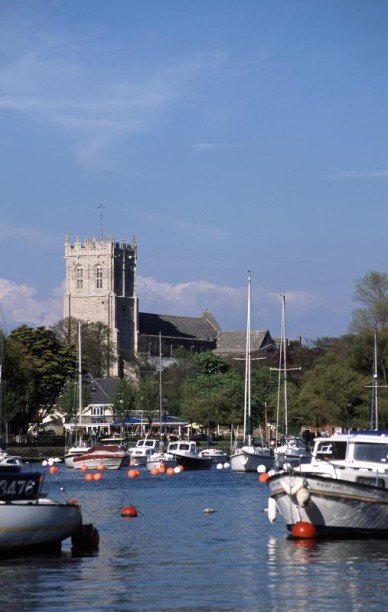 For years tense, silent political melees have been fought on the pristine streets of the little seaside town I call home, Christchurch.

I have bittersweet memories of the battle ground. Coming back to where I grew up from wherever I was living at the time to an irrepressible plague of UKIP stickers.

On the road signs, on the bins, post boxes and lampposts. It was incensing that someone would incessantly vandalise my Christchurch with symbols of politics I found so repugnant.

But then came the satisfaction of taking them down. The stickers, not the culprit.

There were fresh ones that would peel off in a slow, stiff swipe, there were old ones, brittle and weathered, that you’d be lucky to pull off in one piece. But the silver lining was when I serendipitously left half an old sticker up, leaving it with two words missing. I found I much preferred the sentiment: instead of “Out of EU”, it just said “EU.” Far more welcoming to tourists and foreigners, far less bonkers and, frankly, politically suicidal.

From then on I intentionally left many of the stickers strategically half-removed.

My sister will attest to the time we did some amateur acrobatics to remove a high one from a lamppost after a trip to a bar. Most of the quiet town now soundly asleep, her knelt on the pavement, me quite tipsy, stood on her knee. I stretched as high as I could and just got the corner enough to pull the whole thing off. Those were the days. My parents know the guy who used to send his two young teenage sons out with wads of UKIP stickers to plaster on any smooth surface the town dared to bare. I hope those young men are at peace with their little part in our Europe-free future.

But that was the extent of our conflict. As adversaries we never spoke, never drew others in to the debate, just engaged in a tit-for-tat of sticker versus no sticker.

I’m told by theatre director, craftivist and Christchurch constituent, Lorna Rees, she also engaged with a bit of signage warfare.

Comedian Mark Thomas had a theory that Farage (of the UKIP variety) should be pronounced ‘Farridge’. He said this sounded like the bin juice that collects at the bottom of wheelie bins and was therefore handing out ‘Mind the Farage’ stickers designed specifically for bins.

Lorna’s bin was one of the army of newly politicised waste receptacles across the country.

However, the punchy adornment so offended a neighbour as to push them into a retaliatory, and criminal, show of support for the UKIP leader who at the time was working tirelessly to ‘take back control.’ The neighbour did not just peel the sticker off but actually stole the whole bin. Most un-Christchurchly.

Then there was the UKIP placard planted in her neighbour’s front lawn at election time. (Did they have two wheelie bins, Lorna?) And the response of the rest of the street to this purple pillar of xenophobia? Rival red, yellow and green placards sprouted out of the gardens all down the street. A protest of silent signage.

So you can imagine my excitement when I heard last week there would be a Pants Flash Mob loudly protesting our long-standing tory MP outside his surgery in the local library. How did we go from ‘sticker versus no sticker’ to overnight fame for pants, petitions and placards with #knickerstoChopetrending on Twitter?

Maybe below the surface Christchurch wasn’t the uniform shade of comfortable, apathy-tinged conservatism I had always imagined.

What had pushed the town over the edge? Sir Chris Chope MP had acted so reprehensibly by doing the exact same thing he has done for many, many years that he accidentally caught the attention of the entire country which was shocked by his insensitivity and incompetence. Oops.

He was the only MP to vote against a private members bill that would have made upskirting a criminal offence.

‘Is this guy in favour of impunity for those who take pictures up the skirts of women and girls without their consent?’ people wondered, genuinely confused and disturbed by Chope’s objection to the proposed law.

Chope didn’t know what upskirting was. He didn’t know it was urgent to protect women and girls just ahead of the summer’s music festivals where they are particularly vulnerable to this violation. But what he did know was this was a private members bill. And if there’s one thing Chope doesn’t like, it’s a private members bill. He says they don’t allow enough time for debate so he blocks them by the bucket load, regardless of the subject.

A posthumous pardon for war hero Alan Turing who was arrested in 1952 for being gay? Blocked.

Free hospital car parking for carers who have to regularly visit hospitals for work? Blocked.

His voting record is really worth a look.

Lorna got the ball rolling the day after the upskirting fiasco by making the trip, in the rain, to Chope’s unmarked constituency office and hanging some knicker bunting across the door with the words ‘no one should photo my pants unless I want them to,’ written across them. It was just Lorna, her pants and the rain.

But she Tweeted her craftivist act and by the time she returned on Sunday to replace the first knicker bunting (which had been taken down), film crew in tow and sun shining, people were coming up to her to shake her hand and say, ‘thank you so much for doing this.’

‘A gentleman came up and shook my hand and said “thank you, somebody needed to say it.”

‘Somebody needed to do something seems to have been the prevailing mood,’ Lorna told me.

She has been objecting to her elected representative in all manner of ways for a long time and, like me, is interested to see what a polite town being pushed over the edge looks like.

‘Chope’s track-record has touched on parts of the press before but it has never touched the people of Christchurch, they would all just go, “Oh well, that’s Chope for you” and roll their eyes,’ she said.

The local Liberal Democrat candidate Mike Cox proposed an official petition to strip Chope of the knighthood he was granted only six months ago.

Cox said the upskirting incident ‘has ignited people in utter disgust, not just liberals or Labour but also Tories.’

It ignited and united people and yes it was cross-party but I’m not sure that explains why this is such a big deal for Christchurch.

Lorna said her own protest would not have had the same impact if it was partisan:

‘Had I gone in with a rosette and said “I am doing this for this party,” you get a different response. But if you are doing something a bit playful, what I would call a gentle protest, such as craftivism, I think, I hope, that is what Christchurch needed.’

In fact one journalist at a national paper echoed Lorna’s lack of enthusiasm for political party action in this context when I mentioned the Liberal Democrat’s petition:

‘Well you could say “the Lib Dems would do that, wouldn’t they?”’ he said.

I spoke to a transgender woman called Charlotte on Twitter who has rallied people to demonstrate outside all Chope’s surgeries. I asked if she was a constituent and she said she is not, she lives in London but was deeply motivated to get people to stand up for what they believe in and stand up to people like Chope.

‘I just want people to stand up and be heard, to realise that the political landscape has changed, that everyone is important and deserves freedom from fear of harassment, judgment, rejection or otherwise, just because of who they are, where they’re from or what they look like.

‘I want young people especially to have a voice, and build a future they want, not a future that 71 year-olds won’t even see…’ she said.

Far and wide strangers were giving Christchurch the green light to say something. Outrage was justified, people were listening and listening particularly carefully to non-partisan, playful protest.

A small crowd of protestors took their placards and pants to meet Chope at his surgery in Christchurch library on Thursday, chanting ‘Hope not Chope.’

I know some of the organisers and attendees are active Labour and Liberal Democrat members but the protest itself looked non-partisan.

Rival political parties will make the most of the negative attention Chope was drowning in recently. They won’t fail to notice the opportunity to harness the shame and frustration this has caused the local electorate. And for the average Joe this party activity will be far more salient nearer the time of the next election when the cosy safe seat of Christchurch and East Dorset could look shakier than it has done in a long time.

But this seems to have been about ‘normal people’, whoever they are, ignited and united, not just in outrage but in hope they might actually be heard. And in turn, people actually listening precisely because those speaking up don’t come across as political cheerleaders.

A local museum has expressed an interest in archiving one of Lorna’s knicker bunting samples to record this turning point in the social history of the town.

Turning into what though? I hope it is turning into a place where divergent politics is openly discussed and where people feel better represented.

Note to any interested museum folk: I may have some worse for wear ‘No to the Euro’ stickers in an old handbag if you ever want them for the pre-Pants Protest era of our social history.

A selection of the upskirting bill and knicker bunting press coverage: