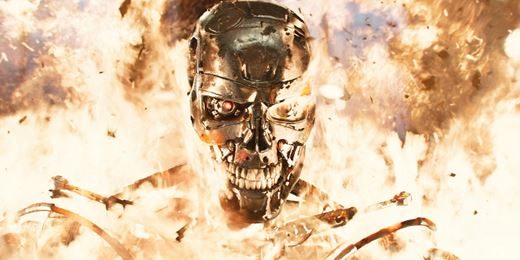 Many people invest in technology companies such as electric vehicle manufacturer Tesla for their potential exponential growth. But they also do so for innovations that might lead to a cleaner, healthier planet. You could call this ‘values investing’.

What, though, would a values investor makes of the darker side of robotics and artificial intelligence (AI)? Earlier this month an automated Uber vehicle killed a woman in Arizona. Meanwhile, Facebook has faced strong criticism for allowing a political consulting firm to illicitly harvest user data.

Such moral dilemmas have kept science fiction writers in business for more than a century. They have raised the spectre of our own data being used against us and of machine gun-toting killer robots.

Jonathan Cohen manages the RoboCap fund, which was launched in 2016 by UK-based firm RoboCap. He said he was aware of the issues and explains the fund’s ethical filter to investors. However, he said it was partly subjective, as weapons are the only category strictly filtered out.

‘A company whose main purpose is robots with machine guns would be outside our investable universe,’ he said. ‘But you can never control exactly what something is used for.’

Cohen says drones are on RoboCap’s investment radar, unless used as weapons. This is because they can offer social and environmental benefits.

‘Others might consider them unethical, but we’re OK with drones used for surveillance,’ he said. This could include monitoring the Mediterranean for immigrants on boats that might sink, which could save lives.

‘Drones can be used for good or bad purposes and are not intrinsically bad,’ he said. ‘So it is fine for us to invest in them.’

But Cohen thinks values-based investors might object to automation that could lead to mass redundancies. He does not, though, see large-scale automation as bad in the long term.

For example, the fund manager says it would be better for repetitive, mundane or dangerous jobs to be done by robots rather than people. The challenge, he said, is for governments and businesses to adapt sooner rather than later.

Cindy Rose, head of responsible investing at Aberdeen Asset Management, shares investors’ concerns regarding the future of these technologies. ‘I try to foresee all the bad things that could occur and act to ensure they don’t happen,’ she said.

Rose thinks it is important to be clear, to clients with ethical concerns, about the filtering process used to avoid unsuitable sectors. ‘We say we’ll screen out companies that derive sales from technology used for purposes clients object to,’ she said. ‘That means clients can sleep well at night. But just saying “no” to AI or robotics helps no one.’

He sees opportunities in the technology sector to be both socially positive and financially rewarding. ‘This, in essence, is what sustainable investing is about,’ Fox said.

However, he emphasised the need to keep on top of research into companies. He thinks this is particularly important given the speed of technological change compared with laws and social structures.

‘Our sustainable funds screened out Facebook a few years ago because they had poor data privacy policies,’ he said. ‘That has now been borne out as a risk.’

But Fox said many of the technological issues he had discussed with investors would be sorted out in time. And he pointed out governments are already adjusting taxation and data privacy policies.

‘Because it is innovation, technology often moves ahead of society and politics, so you get disconnects and social tensions,’ he said. ‘But politics and regulation always catch up. We welcome that.’

This article was originally published on New Model Adviser®  on 14 April 2018: